Aaron Hill is a multi-instrumentalist playing saxophone, flute and clarinet. With a Masters Degree in Jazz Performance and Composition from North Carolina Central University, Aaron has been performing and teaching music in NC since 2007. He has performed and recorded in many styles, including jazz, classical, blues, reggae and traditional musics, and has shared the stage with such notable musicians as Herbie Hancock, Wayne Shorter, Branford Marsalis, Chaka Khan, Isaac Hayes, and many others.

In addition to Contrazz, Aaron has performed with the North Carolina Symphony, the North Carolina Jazz Repertory Orchestra, Orqesta Gardel, and is a member of the Mint Julep Jazz Band, the Dave Wright Group, and the Eric Hirsh Quartet. 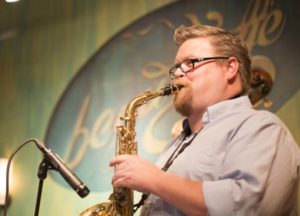 David DiGiuseppe has been performing professionally since 1978. He is known for his fiery and emotive playing, and is equally at home performing Irish tunes in a pub, French musettes in a cabaret, contra or Cajun music for a dance, or in the intimate setting of a concert hall.

In addition to playing with FootLoose, David performs with Contrazz, Craicdown, and numerous other bands. As a singer and storyteller, DiGiuseppe presents solo concerts to schools and family audiences. Previously, DiGiuseppe has toured and recorded with acclaimed Cajun singer and songwriter J.J. Reneaux, the Big Zucchini Washboard Bandits and many others.

DiGiuseppe has released three recordings showcasing his playing of music from the Celtic, Parisian and American traditions. Reviewer John O’Regan of Ireland wrote “a player of immense talent and vision, David is a musician worth encountering.” DiGiuseppe appears on numerous other CDs with his various bands or backing other musicians.

Bernie is one of North Carolina’s critically acclaimed guitarists. His diverse background includes appearances with a variety of jazz, rock, traditional, and rhythm and blues ensembles. He has recorded and appeared in concert with nationally known artists Pat Benatar, Erich Kunzel (conductor St. Louis Symphony), Neil Sedaka, Bee Gees, Tito Puente, and many others.

Bernie is frequently a guest soloist with the NC Symphony and has provided guitar accompaniment for many North Carolina theater companies and national touring theater productions. He has composed music for television programs nationally syndicated by PBS.

In addition to Contrazz, Bernie performs with jazz trio Blue Combo and the acoustic ensemble Stringfellows. Bernie was one of the founding members of the legendary jazz-fusion group 3PM which EER-MUSIC.com’s tribute page calls “one of the most underrated jazz rock fusion bands to have ever existed”. 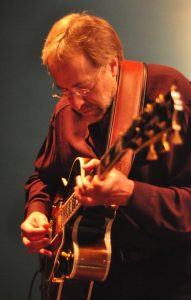 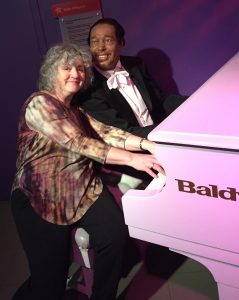 Growing up in eastern North Carolina, Diane was raised on traditional music. In addition to playing with Contrazz, she is a musical director and performer with Raleigh Little Theater, Theater in the Park and other acting companies. She also teaches music to elementary school children.

Ed Butler has performed in an assortment of venues both across the United States and throughout Europe and Northern Africa. Since his North Carolina arrival in 1982, he has become an integral part of the artistic community there.

Besides working with Contrazz, Ed performs with The Bernie Petteway Trio, a modern jazz group featuring Bernie Petteway on guitar and Robbie Link on bass. His most recent project is ELM Collective (Ecco La Musica), a fusion of jazz and world timbres and rhythms with Arabic and Mediterranean overtones. ELM is a collective of composers and musicians from around the world dedicated to the performance of new and original music.

Ed has also performed with The North Carolina Symphony, The North Carolina Ballet, The Red Clay Ramblers, Michelle Shocked, Pop Staples, and many others, as well as appearing on “A Prairie Home Companion”. He has composed and performed music for Chapel Hill’s Playmakers Repertory Company and Jelly Educational Theatre. 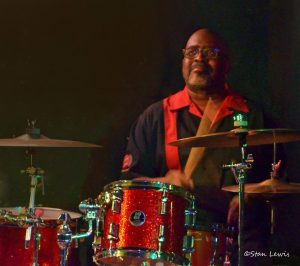